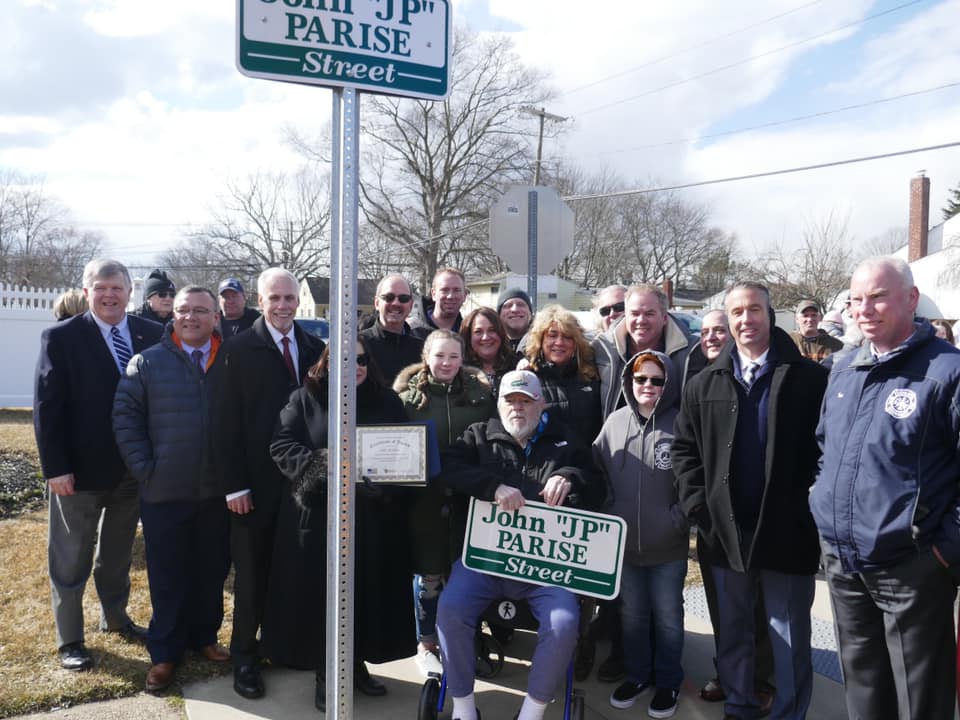 A Deer Park born and raised radio icon was honored on February 29th with the renaming of a portion of West 15th.  A large crowd gathered on what will now be known as John "JP" Parise Way to celebrate.  J.P., a co-host on the popular morning show "Roger and JP", addressed the crowd with a mixture of humor and humility.  There was also a sentimental exchange between J.P. and his father accompanied by some expected jabs.
Local officials touted how the DJ never strayed far from Deer Park and he and his co-hosts contributions over the years.  J.P. quickly jumped in saying "Hey, this is my day!".
Proclamations were awarded by the Babylon Town Board, Suffolk County via Deer Park's Legislator Tom Donnelly, and the Deer Park Chamber of Commerce.
Rumor has it that plans for more namings honoring both Roger and J.P. are in the works in the way of the bathrooms of Tanner Park.  This remains unverified as an actual event or a tongue in cheek joke from Town Supervisor Rich Shaffer.  We will keep you updated. 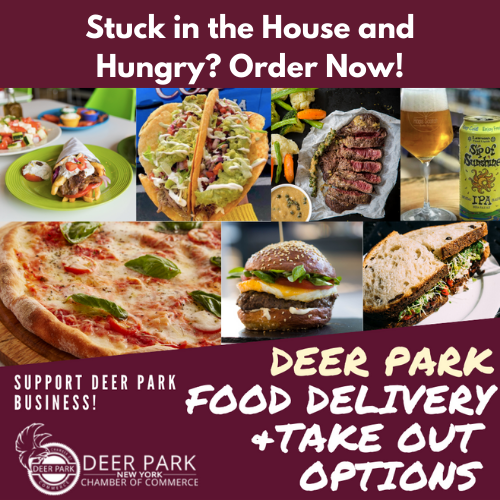 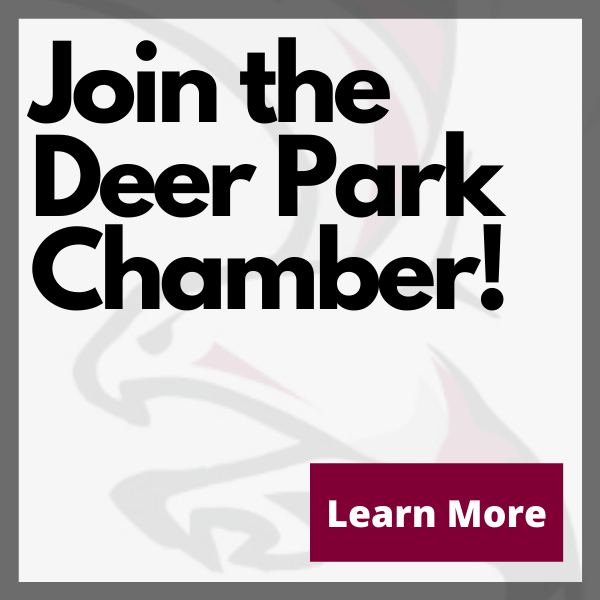 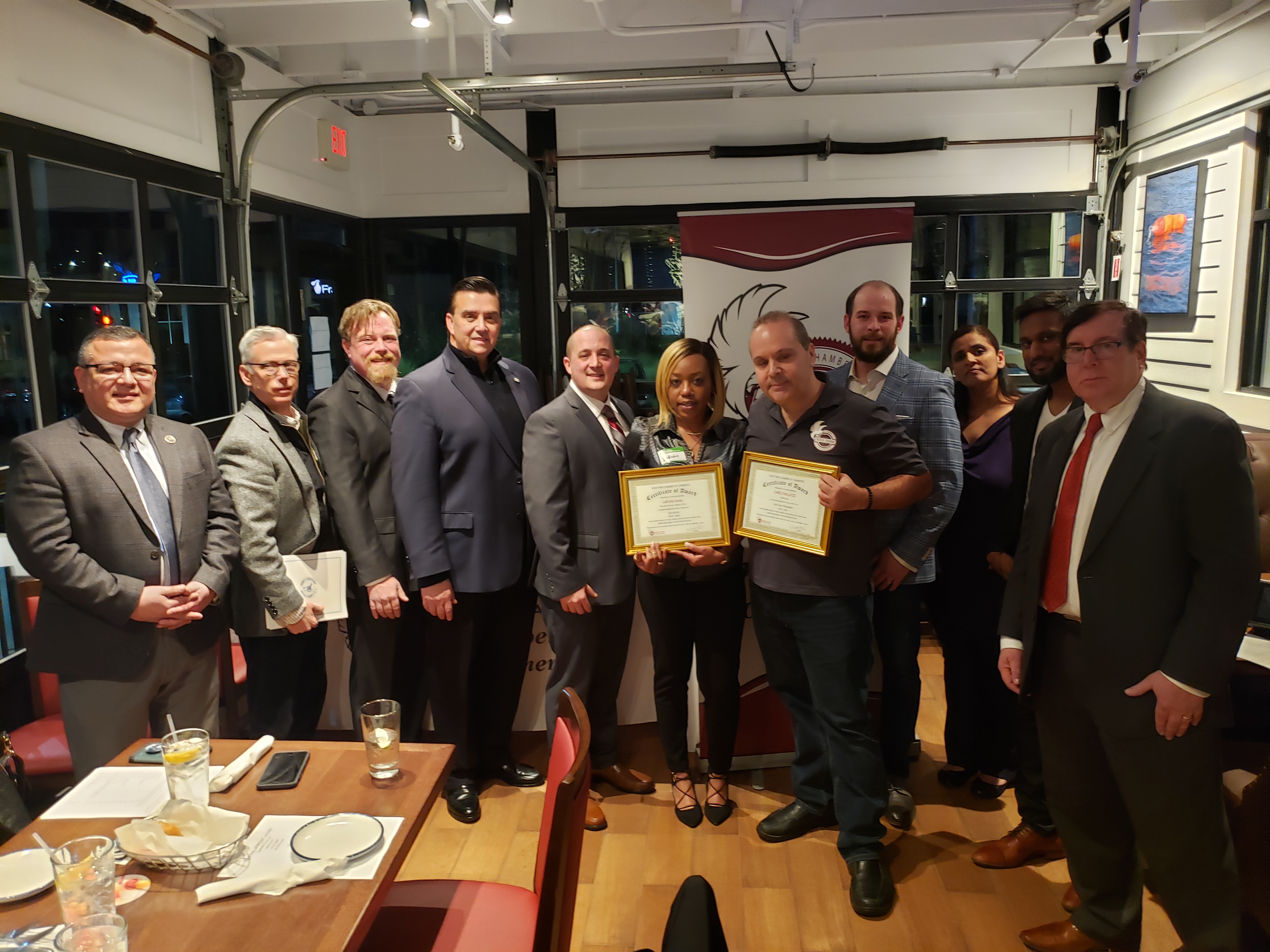 DPCC installs new Board in 2020 KickoffWe are happy to announce that the Deer Park Chamber of Commerce has ... 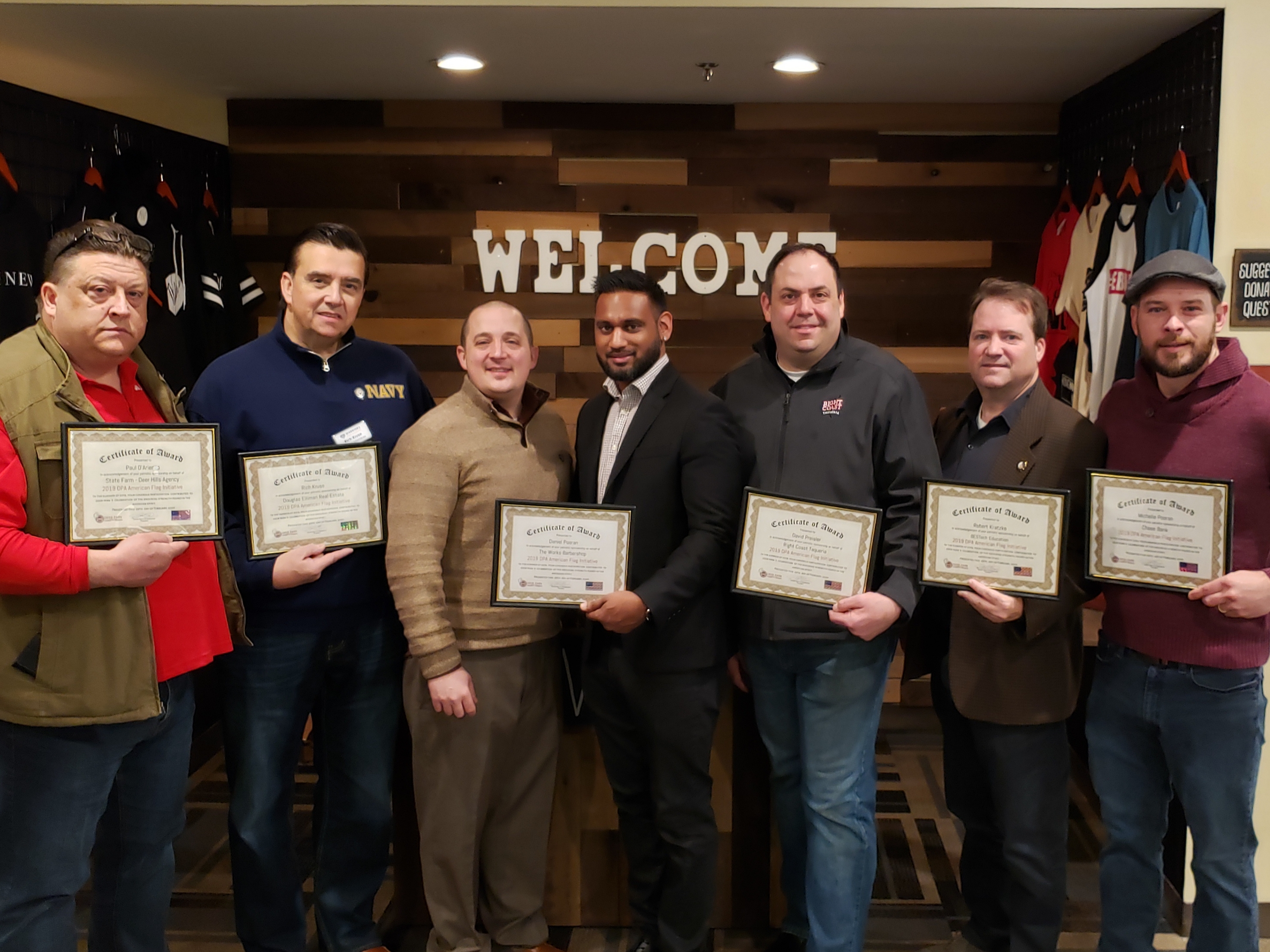 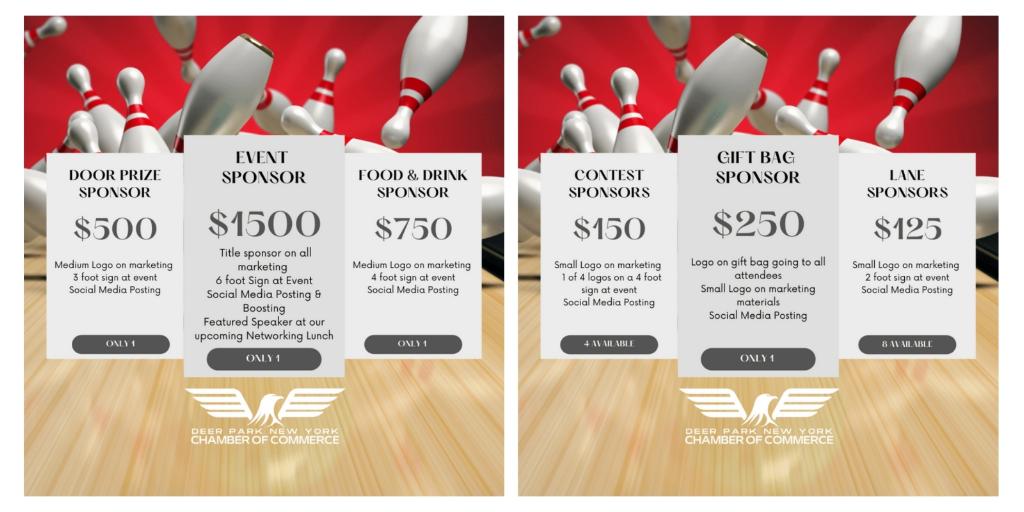